It has been a while since DMC introduced their new Étoile embroidery floss, but I have never had a chance to actually stitch something with it. I decided to take a closer look at this floss and see if I couldn’t find a small, simple pattern utilizing these colors.

DMC says this floss is made of “73% coton –27% Polyamide métallique”. I wasn’t sure what Polyamide was, so I decided to Google it. The definition: a synthetic polymer of a type made by the linkage of an amino group of one molecule and a carboxylic acid group of another, including many synthetic fibers such as nylon. Well, I’m glad that cleared things up! Upon further examination of the floss, I found that it is 6 stranded just like normal cotton embroidery floss. Each strand is made up of two thinner strands, tightly wound together. It appears that one of the strands is just plain cotton, while the other is a mixture of cotton and metallic. By winding these two together, you get the sparkle of the metallic at even intervals along the length of the thread. 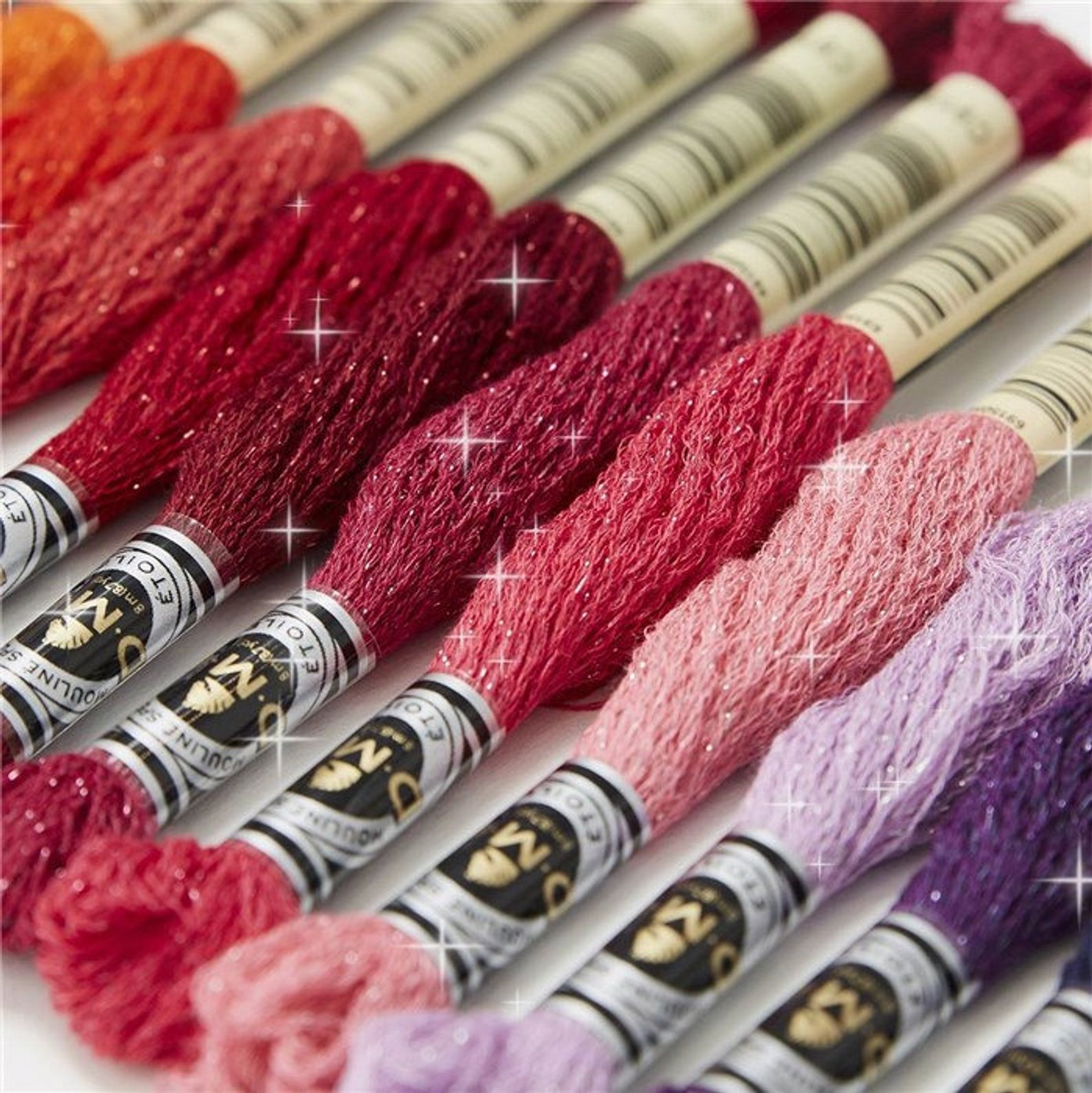 The colors are very loosely numbered after their cotton floss counterparts, but with a C in front of the number. I say very loosely because some of the colors don’t really match at all. Blanc, for instance, is not white at all, but a dingy gray color. It actually appears to be the same as C415, which is a gray color. At first I thought the floss I received had the wrong label on it, but after searching online I found that others were saying the same thing. I’m not a big fan of the stock photos DMC has put out for this floss, because they obviously have the flashy stars Photoshopped onto them. And the colors do not seem to be the same to me. There is only one light purple skein, and it is much darker than what is shown in the photo above. It also has more of a mauve tone to it instead of the pale lavender that they show. The light pink they show is also much lighter than in real life. That is C603, and it is actually a dark bubble gum pink. Ecru (not shown) has a sort of greenish hue to it. I’m not saying the colors are bad, just that they don’t match the promo photos DMC is using in the media, and they won’t be exactly like their cotton floss equivalents.

Since there are only 35 colors, the options are quite limited; there is a dark purple and a light purple, there is a dark pink and a light pink plus 3 burgundies which are similar to each other . Green comes in 4 shades – regular green, darker “Christmas” green, lime, and olive. There are more options when stitching with neutral colors – black, dark gray, medium gray, light gray (plus the white that looks gray), and 6 shades of brown.

In terms of how well this floss stitches up, and how easy it is to use, that remains to be seen. I have found a few free patterns from DMC’s website and I will pick one and give it try. I’m thinking Thread Heaven will help keep the threads from tangling, but I would really like to see how this floss does on its own to give it a fair rating, so I probably won’t use it. I will also take my own set of photos of what this floss looks like and how the shades match the original cotton floss. 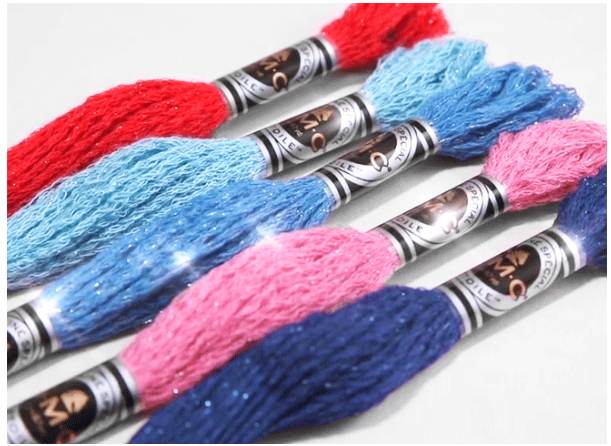 I just got an email from my DMC rep which said that DMC has created a new floss called Étoile! This premium embroidery thread features an added sparkle. The new 6-strand divisible thread comes in 35 shades, that all feature a unique twinkle effect.  This floss is made of 73% cotton and 27% Lurex. The skeins are 8m/8.7y and will retail for $1.95 each (in the US). 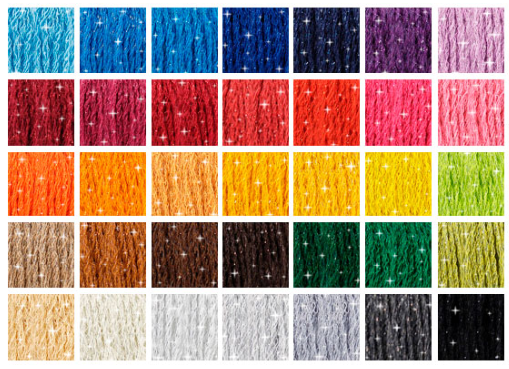 We will be putting in an order for all 35 colors as soon as they are available, probably around the end of September. The 35 colors correspond to the most popular embroidery floss colors, and not the 35 newest floss colors that were just released last year. The numbers will be the same as the regular floss numbers, but starting with a “C”. For example, black floss 310 will be C310 in Etoile.

The floss also will come in a collector’s tin featuring one skein of each color. This will retail for $69.99. 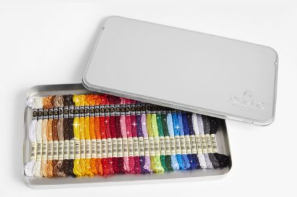