It was announced on September 12 that after 22 years in business, Thread Heaven has ceased production. They have decided to retire and have no plans of selling the business or formula. Whatever stock is out in the stores is all that will every be available, so if you are a Thread Heaven user you will want to buy up all that you can find! 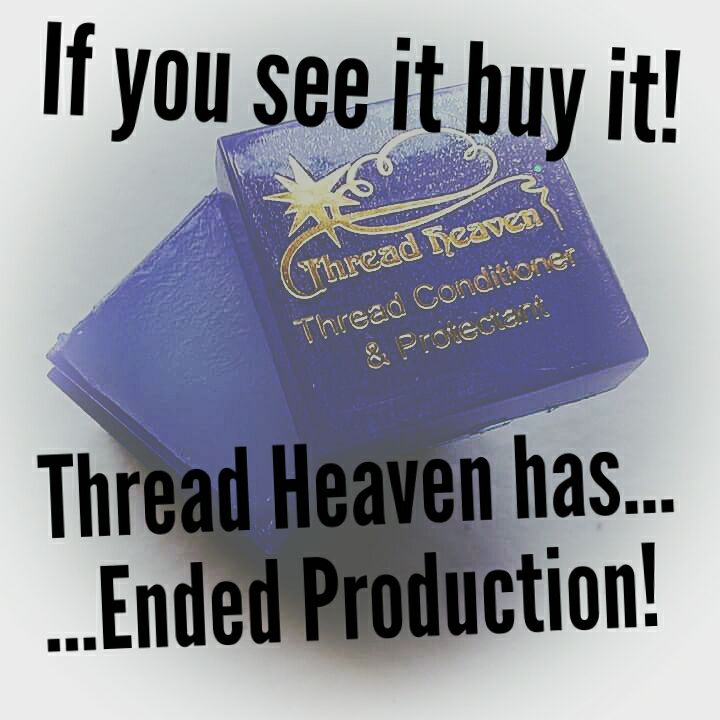 For more information, you can visit their Facebook page. 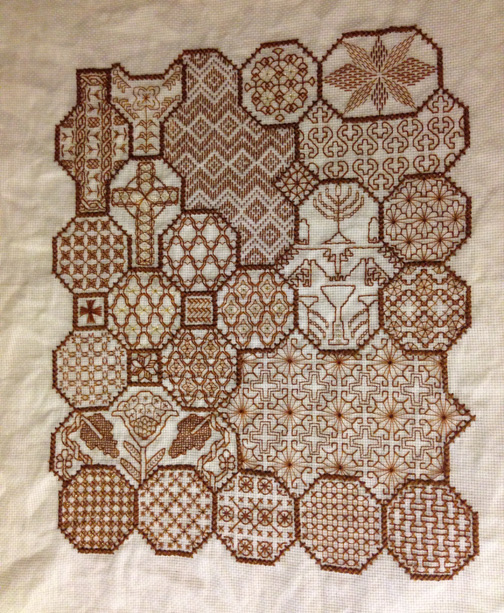 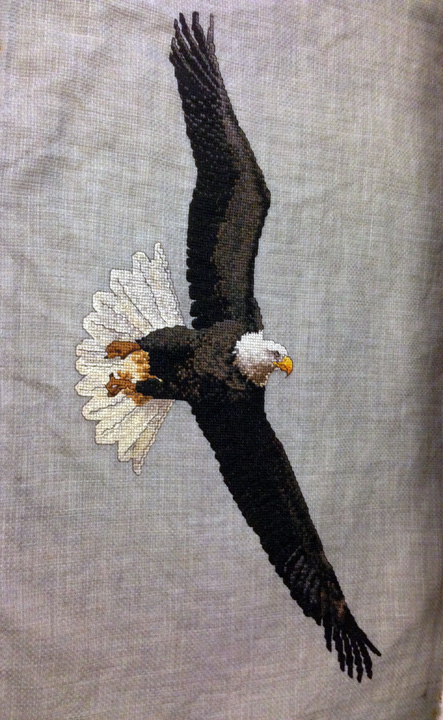 Tonight I finished up Autumn Flowers, and then had to decide if I wanted to rip out the two small flowers and redo them, or just leave it as it was. Here is the finished project along with the picture of how it should have looked. 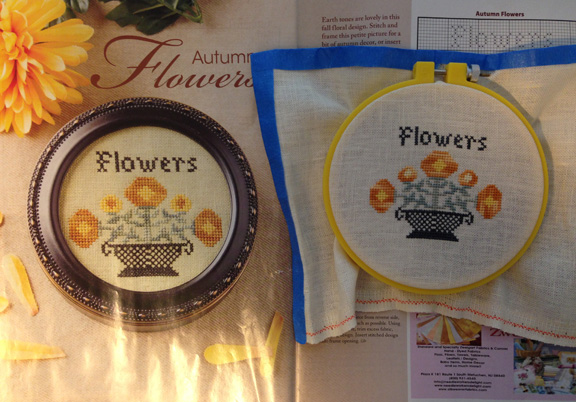 In the end, I had plenty of floss left and there was enough time to rip out and restitch the two flowers tonight. I felt that if I didn’t redo it, I would forever look at it and wonder why I had left it. I am so glad I decided to frog the orange flowers and make them yellow. 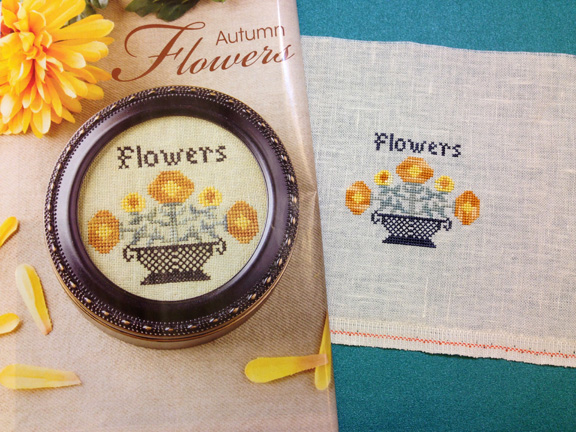 Frogging is a term cross stitchers use when they make a mistake and have to rip out stitches. “Rip it, rip it” sounds like a frog saying ribbit, ribbit. Get it? Generally, I don’t make mistakes when I cross stitch. I am a slow stitcher, and stop every few stitches to cross off what I have done on my chart. On large pieces, I grid. And I am always double checking to make sure I am doing the right thing. So I rarely ever have to frog my work. But on this project, I wasn’t even looking at the key. I knew I was to use two colors of variegated threads, yellow and orange. And since I had done the first flower with the orange on the outside, I just assumed I was supposed to do the small flowers the same way. Oops! But it wasn’t much work to rip out my mistakes and start over. And I am so pleased with the end result! So often I get caught up in large projects that take months to finish, and my stitching time is so limited. So I am glad I was able to get a quick finish done. 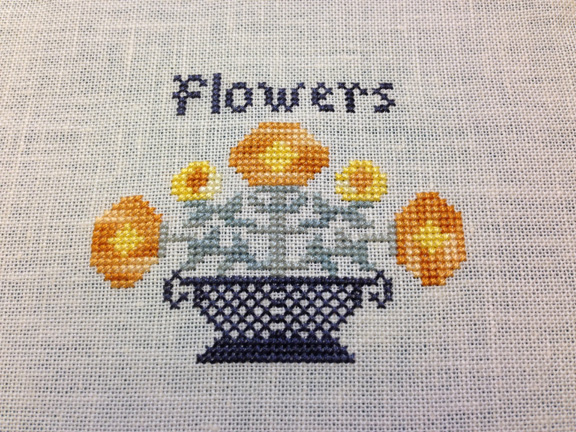 Last night my daughter wanted to read her new Owl Diaries book aloud to me. We sat on her bed and she read while I stitched. Occasionally, she would show me a funny picture from her story. I didn’t get a whole lot of stitching done (reading, although something she excels at, is not her favorite pastime) but I’m glad to have three flowers done as well as the start of the basket. 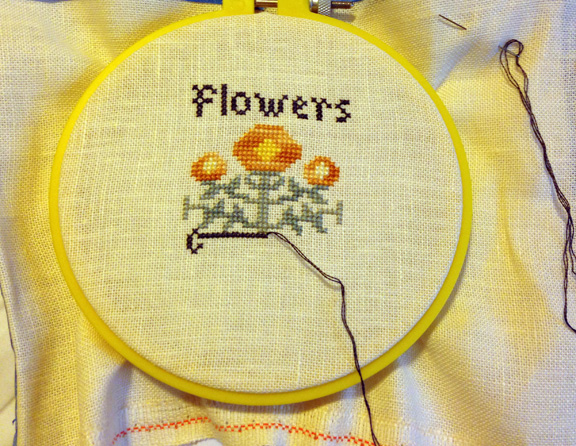 Unfortunately, I wasn’t paying very close attention to the pattern, and apparently the two small outside flowers are the reverse of the larger central one. The outside was supposed to be yellow, with the orange for the inside. Oops! Now I have to decide if I want to keep it as is, or rip out the two small flowers and start over. I definitely won’t do anything about it now, I will wait until it is completed to see how it looks, as well as see how much floss I have left over.