She looks amazing now that she has a face! Here is the progress from June 10: 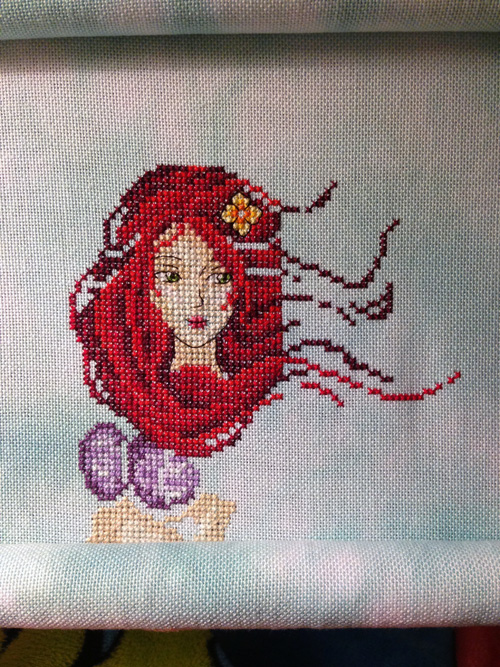 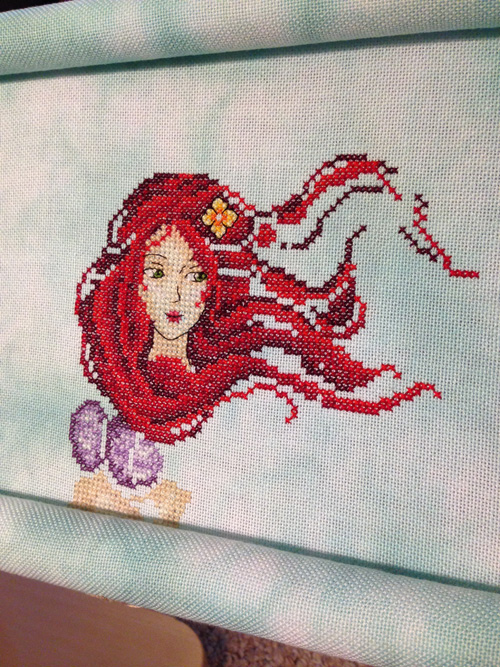 On June 17 I finished the entire head, minus beading. 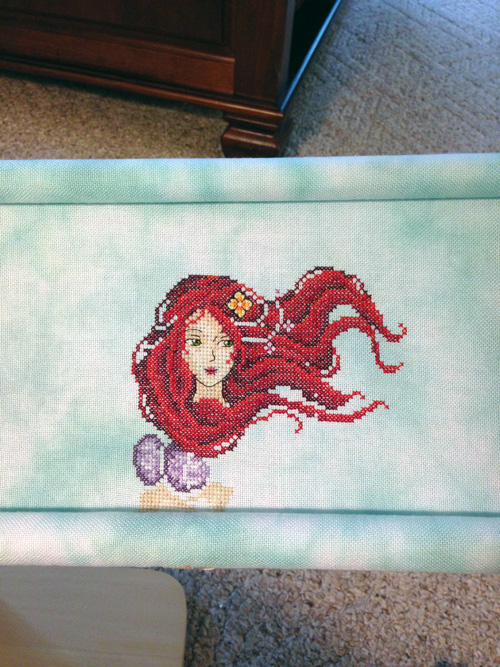 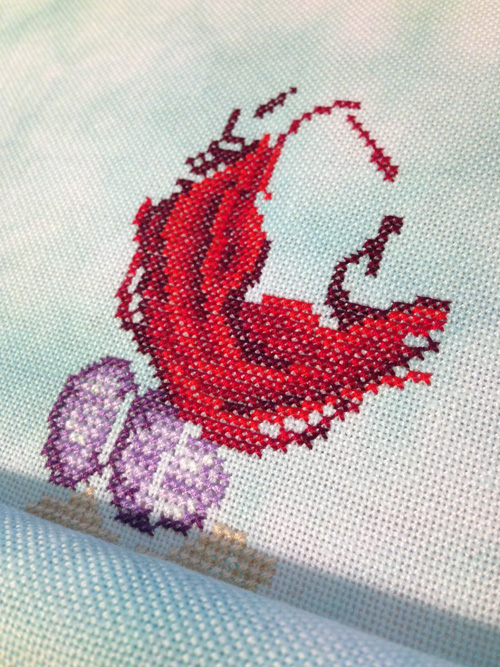 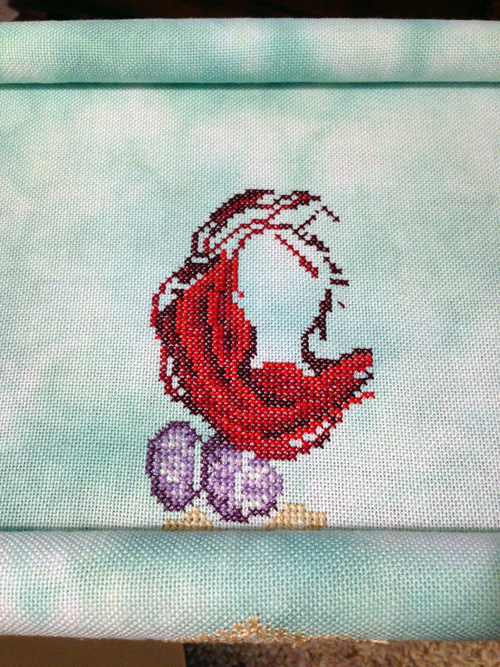 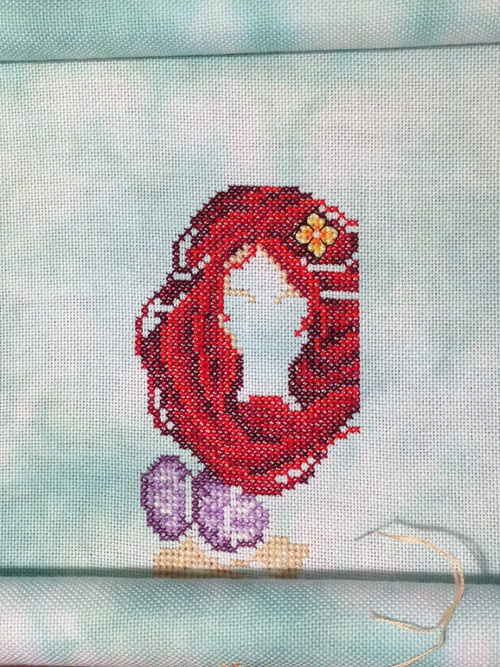 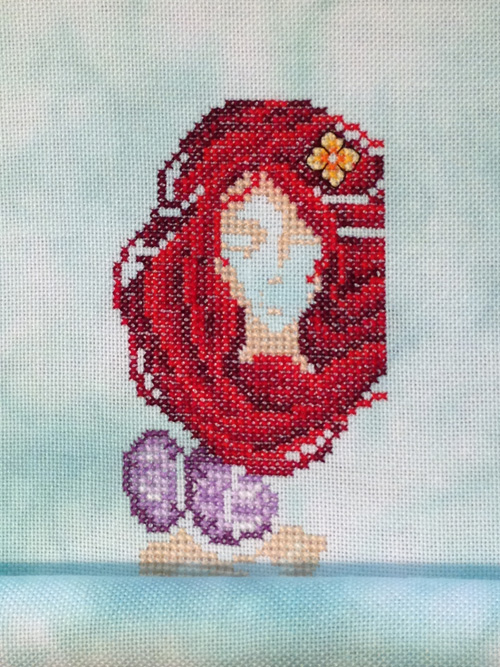 The face is coming!

On May 11, issue 267 of The World of Cross Stitching (British magazine) came to my mailbox. At the very end of the magazine there was an article about the winners of the 2018 British Craft Awards, and who all the winners were in the various categories. I thought it was hilarious when I saw the 2nd place winner of the Best Blog category.

It was funny to me that my blog would share the same name, Stitching Corner, with the 2nd place winner of the Blog of the Year. I got on Google and tried to find this other blog. But I was puzzled that I couldn’t find another blog with that name, just my own. My husband suggested that maybe it WAS me. But I thought that was extremely unlikely. For one thing, I’m American, not British. And this past year I’ve really neglected my blog, so I didn’t think it was all that great compared to others out there. I had planned to contact the magazine and ask them about it, but time slipped by and before I knew it, the next issue of the magazine came out. I always start at the beginning and work my way through to the end, so it was almost a week before I came upon THIS: 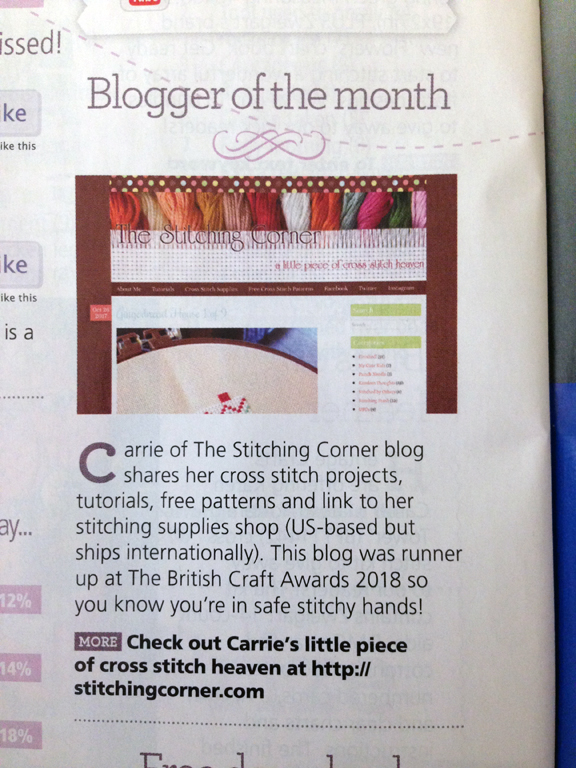 My jaw dropped and I couldn’t believe what I was seeing. The British Craft Awards are a HUGE deal, even in America. Although we do have some great designers here in the states, as well as shops, there just is no competing with the Brits. They know cross stitching, inside and out. And you’ve seen my posts here about how fantastic their magazines are compared to our American counterparts (which are dwindling fast). To be mentioned in WOXS, which I treasure dearly, is big for me. I’ve subscribed to it in print form since 2012 and have kept every issue (as well as some back issues that I have been lucky enough to find at yard sales).

Congrats to Vonna for being the winner this year!

This is the cover of issue 268, which is packed with some great patterns including two from one of my favorite designers, Faby Reilly. 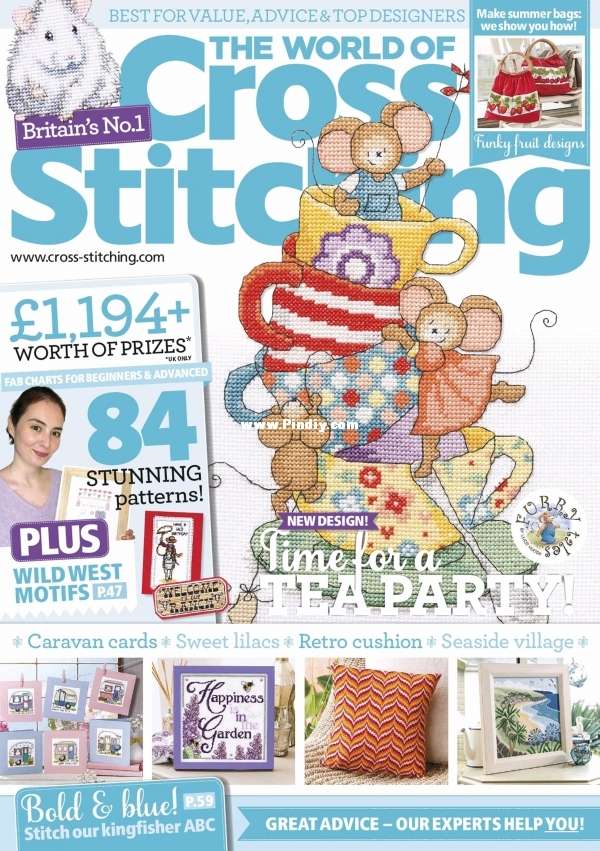 I am just so excited about this and I am going to try my hardest this year to blog even more, and to post interesting things that stitchers would want to read. Maybe next year I can go for the #1 spot!