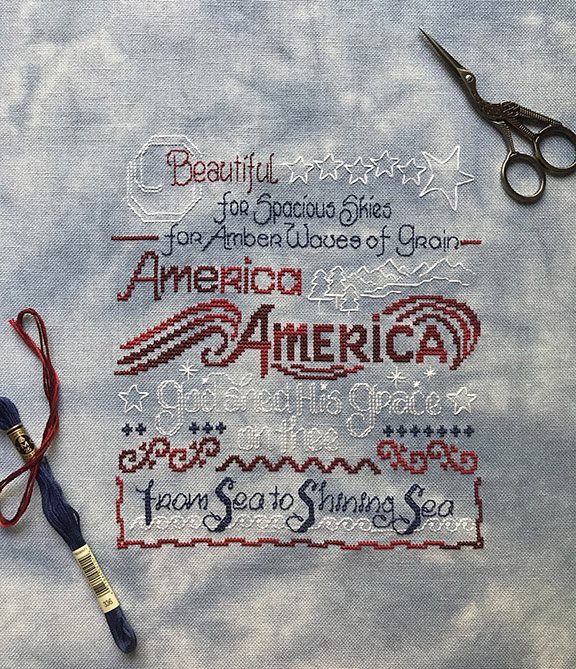 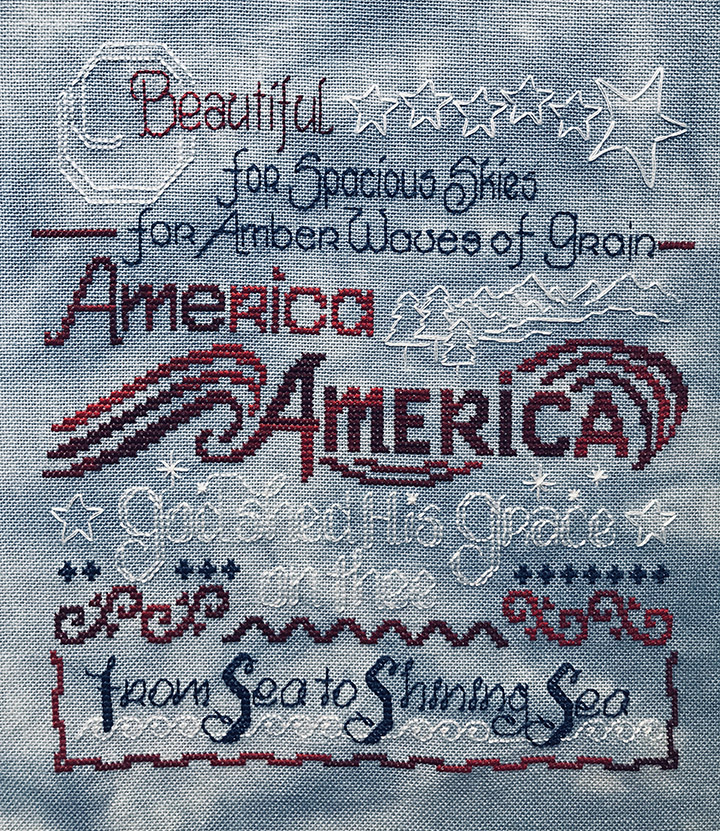 I’m so happy to have this project completed. I probably won’t get around to framing it for a while, but I think it would look good in a distressed white frame. This has been a nice, calming project to work on. The specialty stitches were a bit tricky to count due to my eyesight not being what it once was. However, the colors are just so beautiful (and nowhere near as vibrant in the photos as they are in real life) and the patriotic feel of this project during the troubling times we are in was just so relaxing. We all need more relaxing right now, I think! 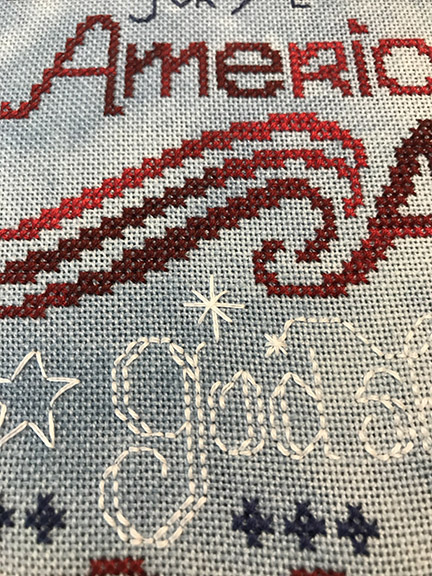 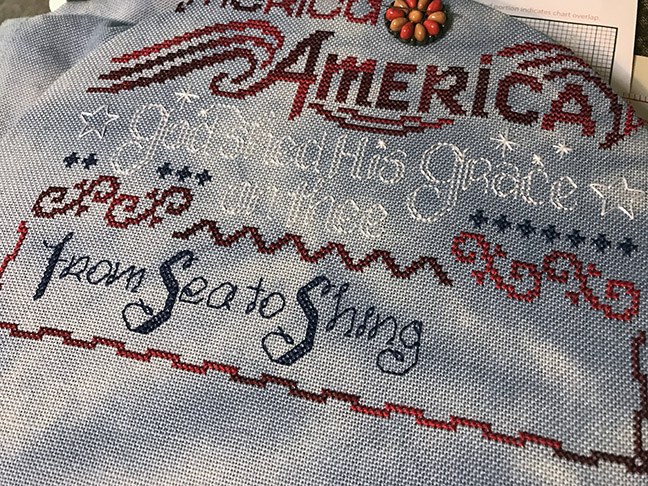 Oops. I guess I wasn’t paying enough attention when stitching the word “Shining”, as I accidentally stitched “Shing”. Luckily I noticed it before I moved on to the next word, and was able to rip it out and start again.

I normally don’t make mistakes. Not because I’m perfect, but because I am a slow stitcher and count, double count, and triple count everything. This goof was partly because I had just stitched the letters “in” and that part of the pattern was split from one page to the next. But I am going to blame the majority of the goof on the fact that I BROKE MY LAMP! The day before I had tried to adjust the goose-neck portion of my Might Bright LED Task Light Table Lamp. In doing so, the clip part that clips onto the weighted base broke. It is just made of plastic, so I don’t see any way that I can fix it. Even if I could try to glue the pieces back together with something strong like Gorilla Glue, I would have to hold the pieces in place by hand for… a long time. As soon as you let go, it wants to clamp together, and would make the glued part bend in half. My husband did manage to rig the lamp up so I could still use it. The bulb itself is not broken, and neither is the goose-neck. His ingenious method of rigging it back together was to put the broken part where it is supposed to go and balancing two canned goods on either side of the clamp. Uh, yeah, it really does look spiffy, doesn’t it? My daughter’s Sponge Bob blanket is being used to ensure that if the cans fall off, they don’t ding the end table. I have to be VERY careful while stitching to not bump into the whole setup, or else it falls over. (And yes, I know this because I did knock the entire contraption over once when cutting off a new piece of floss and my left hand got a bit too close.) What makes me the most upset is that I just bought this for myself at Christmas last year. I have not stitched much since then, and don’t even have 20 hours of use out of this lamp. There is no way to replace just the broken part, either. 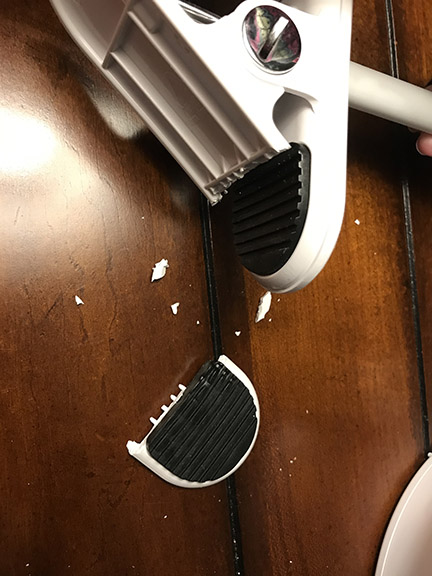 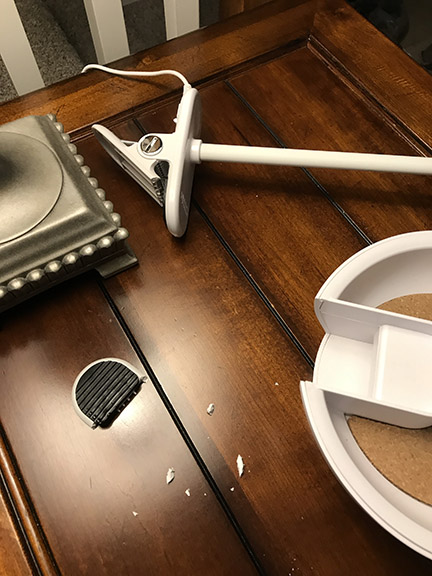 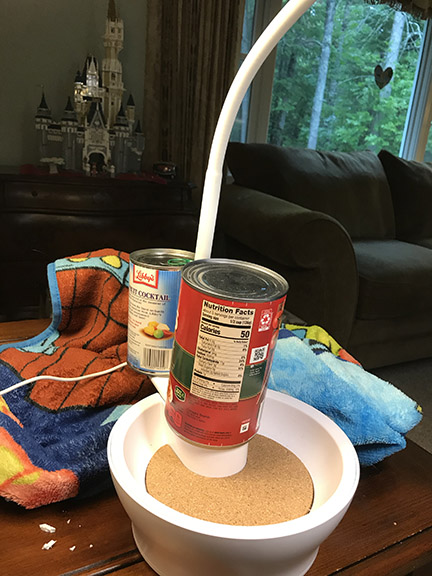 I am hoping there are no more stitchy disasters until at least next week!