Merry Christmas! I was finally able to finish off these little guys today. I don’t know how I will be finishing it off, but this turned out so cute! I was a bit worried about the color scheme in the beginning but I think it all came together nicely. 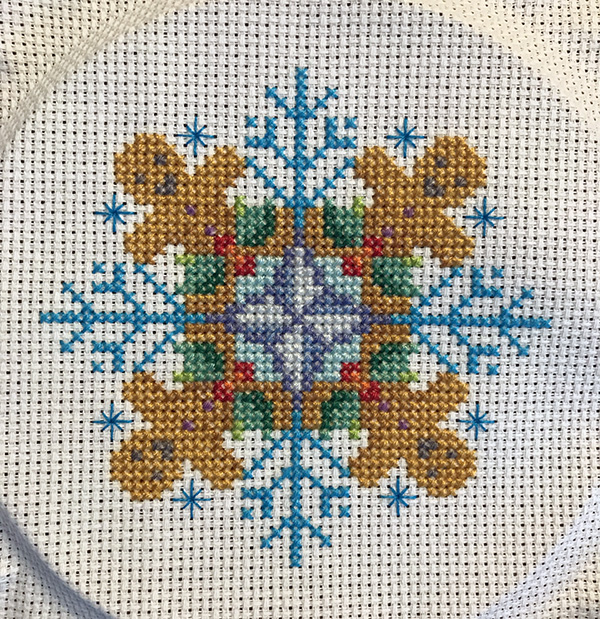 I just picked up this pack of fat quarters at Walmart and I think one of them will work perfectly for the finishing! 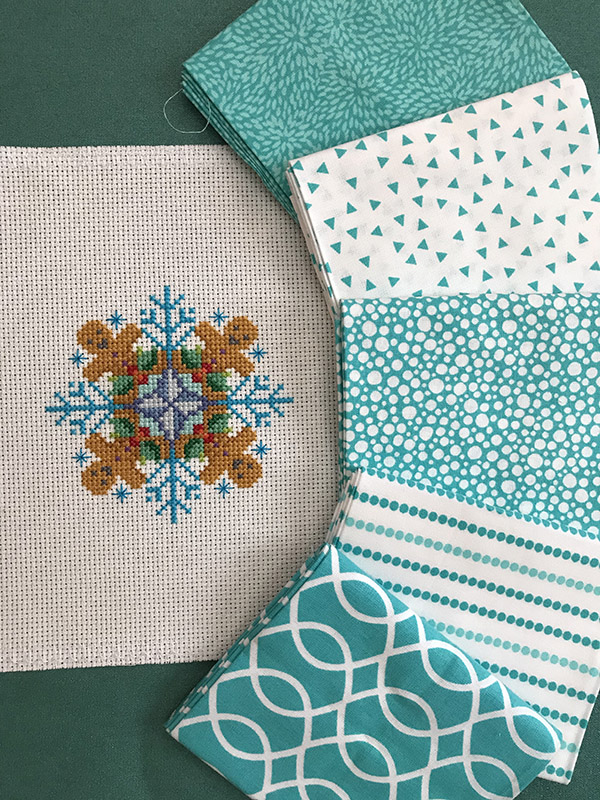 What a miserable weekend! Our power went out Thursday morning. I woke up at 6:00 a.m. to the sound of horrible wind. It had been predicted that we would be having an awful storm. I decided to get up and use the bathroom in case the power went off. Sure enough, it did, about 2 minutes later. But only for a few seconds, and then it came back on. It kept going back and forth from full power to half power, so we knew we needed to turn the breaker off so our appliances would not be damaged. Before my husband did that, I filled up a couple of jugs of water and woke my daughter and told her to find some clothes, get dressed, and use the bathroom. She was able to get herself ready for school and then we shut the breaker off. A few minutes after that, the power went out in the area anyway. My husband had an awful time driving her to school, as trees were down everywhere and he had to keep turning around to find an alternate route. When the power finally got turned back on Sunday afternoon, we had been without it for 79 hours. Luckily because it was so cold outside (in the 20s) we were able to put all of our food on the porch and we didn’t lose anything. Unfortunately because it was so cold outside, it was really cold in the house. And we live in an area with so many trees, we get very little sunlight. Even when all the lights in the house are turned on, our home is very dark. But, for about an hour a day when the light was decent, I would draw up a chair next to the kitchen window and work on a new project. I first started with the Merry Christmas Robins but that proved impossible on 28 count white fabric. Instead I started an Emma Congdon design I had already kitted up, on 14 count Aida. 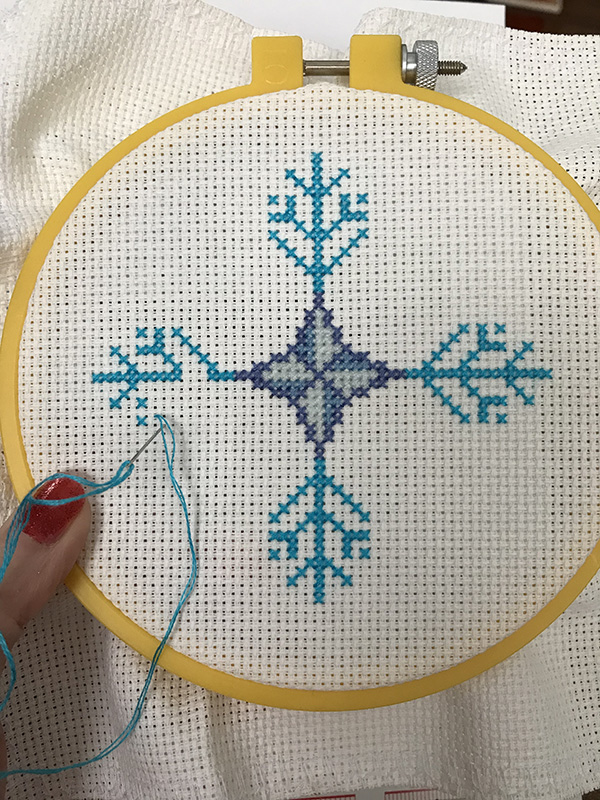 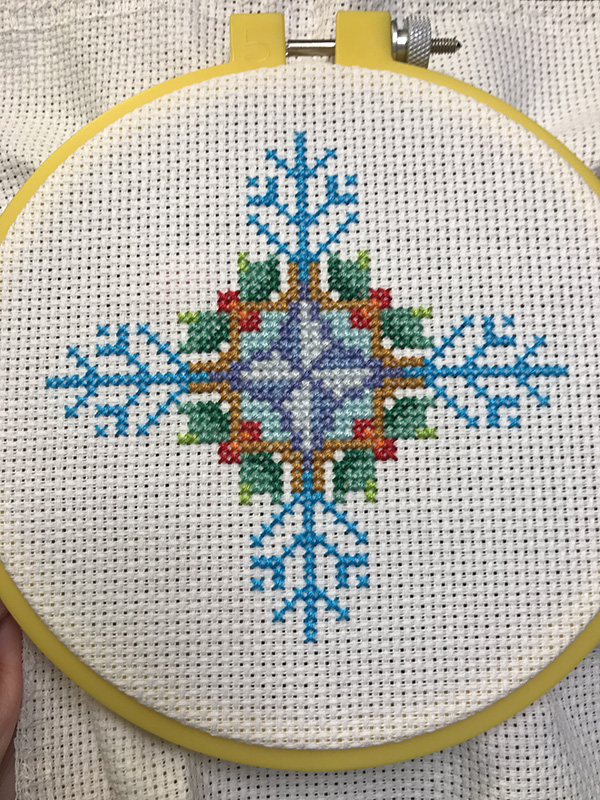 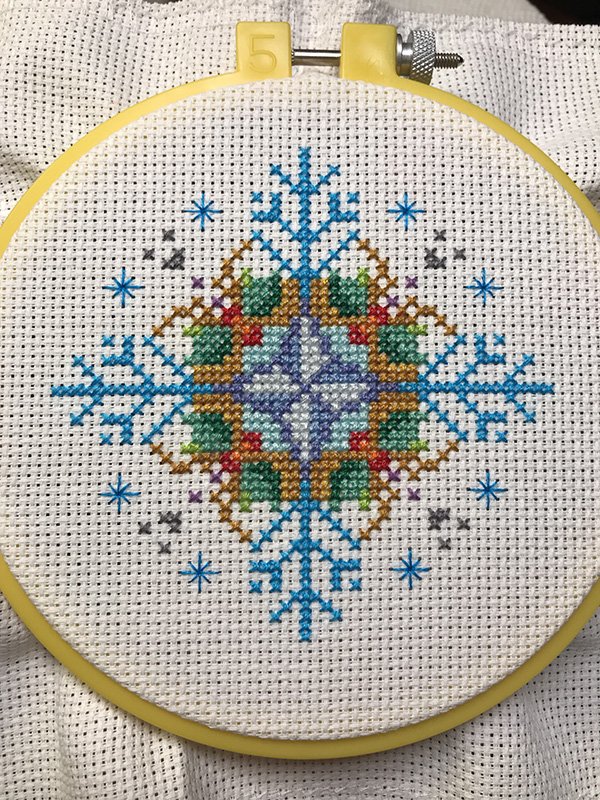 There will actually be gingerbread men on this mandala when it is finished!

I forgot to take progress photos after completing the words Trick Or Treat, so this has been a work in progress for a while now. Working on this project has been so much fun and it was such an easy stitch for a change. I have tried taking the project into a dark room to check out the glow in the dark fabric but it is a pretty dim glow. I have no idea how long ago the fabric was made and if the glow aspect fades over time. So I am a bit disappointed with that, but if I ever want to stitch the other 3 designs in this series I wouldn’t have anything except plain white Aida to stitch them on, anyway. 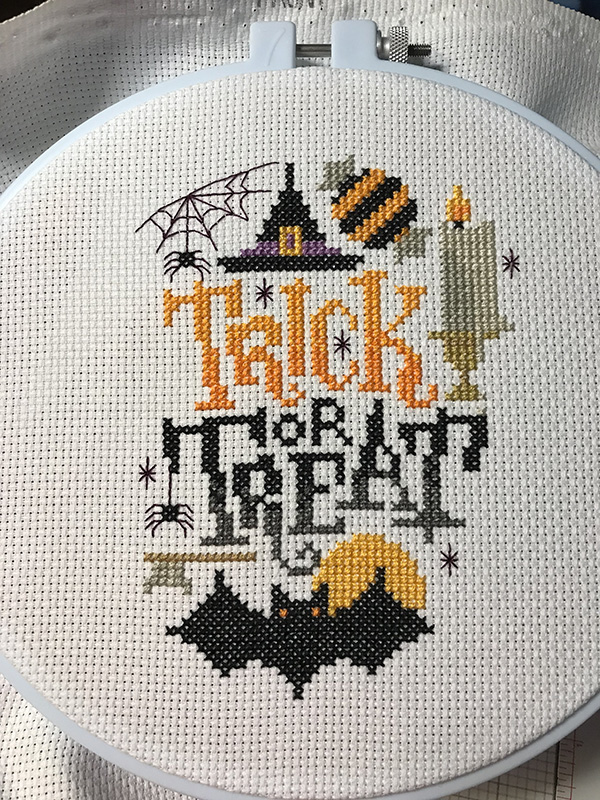 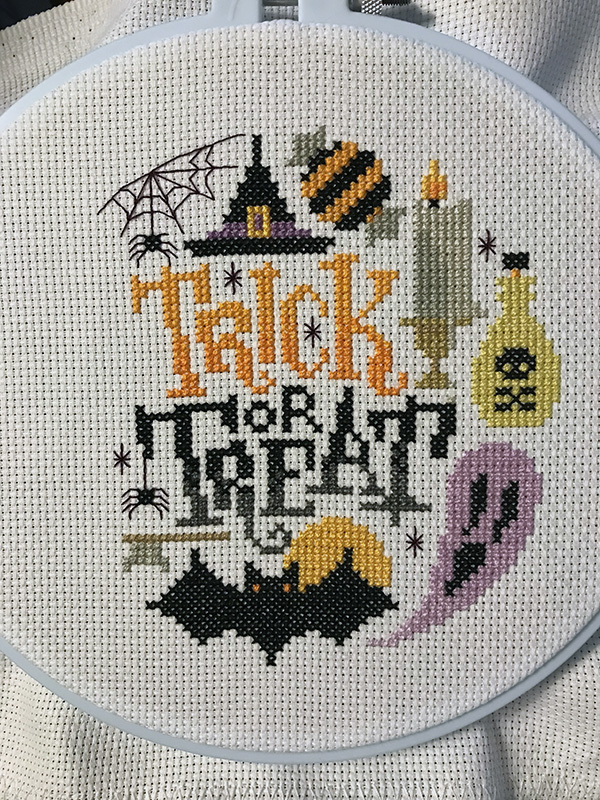 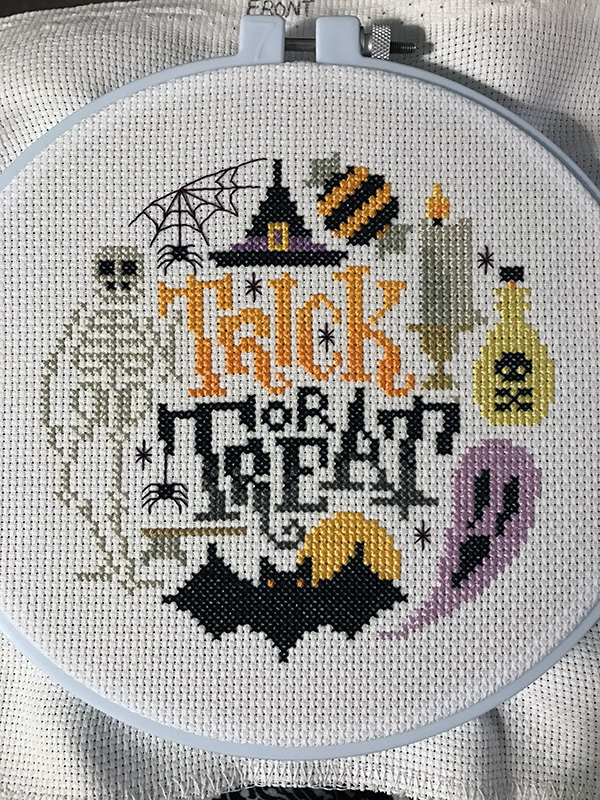 My plan is to frame this in a wooden hoop that I paint either black or orange and then wrap ribbon of the opposite color around. I’m not sure if we have any of those plastic spider rings laying around the house, but it would be cute to finish it off with one of those!

This design was created by Emma Congdon and it can be found in the October 2019 issue of Cross Stitch Crazy magazine. (And while you’re reading the magazine, find mention of my mason jar tutorial on page 67!)