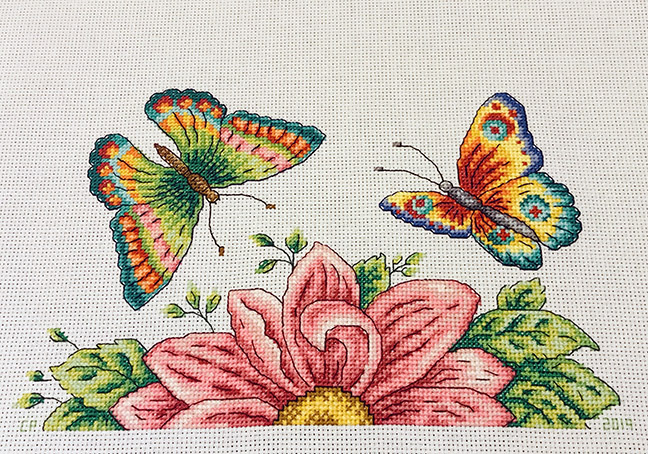 I have had this kit designed by Susan Bates for years, ever since I saw it advertised in a British magazine. I fell in love with it and had to have it… Amazon to the rescue! But it sat in my stash for ages. I finally decided to get it out earlier this year and it plugged away at it little by little. I took progress pictures along the way but never got around to posting them. After months of work, here is the finished product! 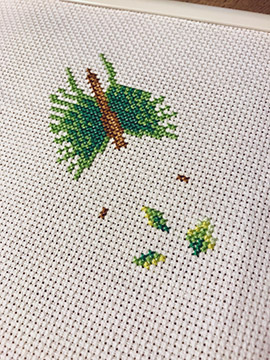 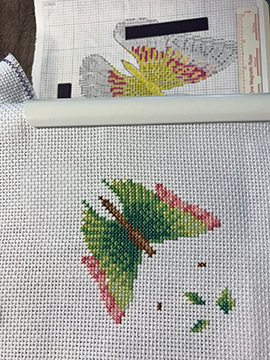 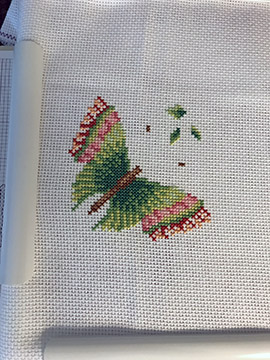 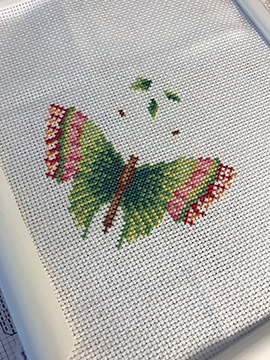 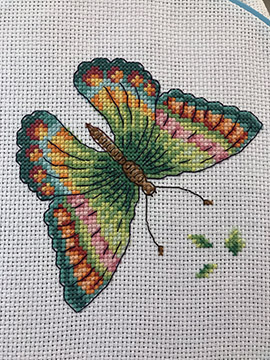 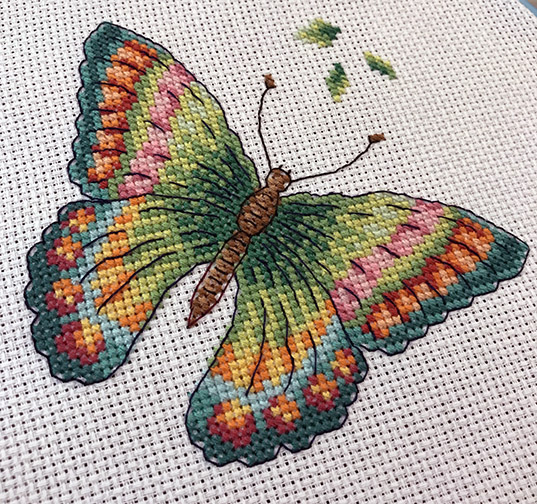 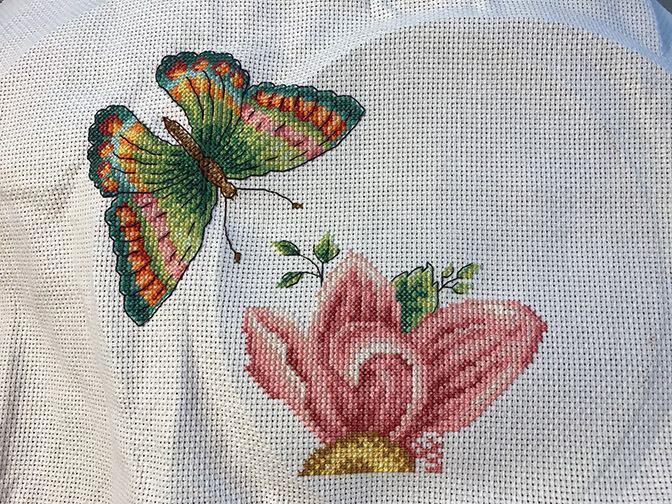 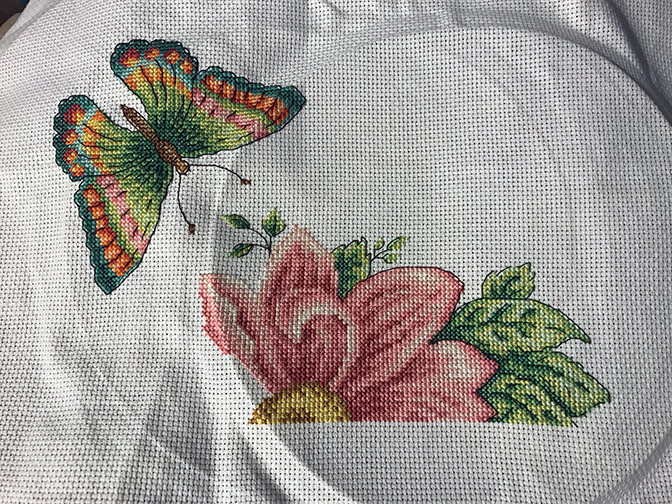 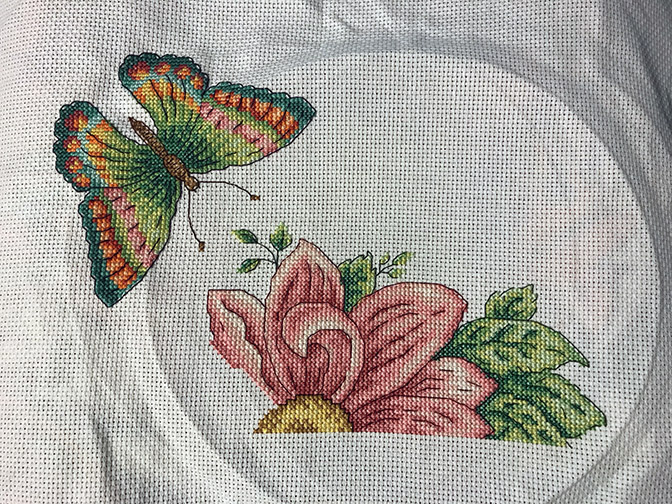 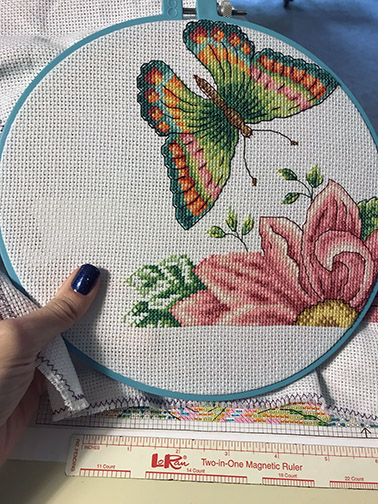 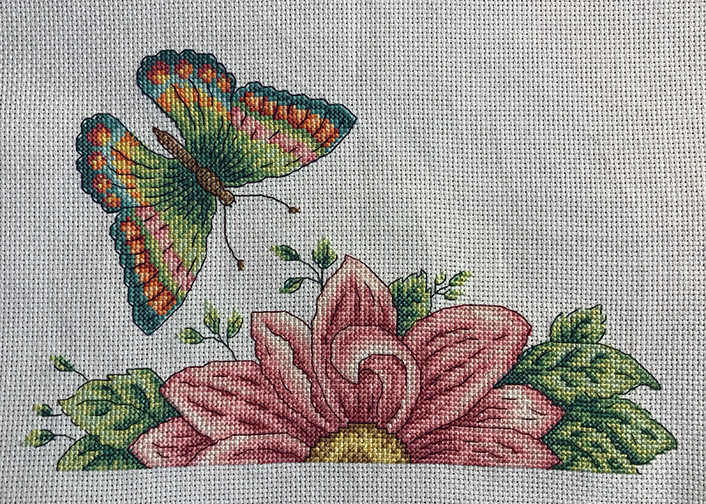 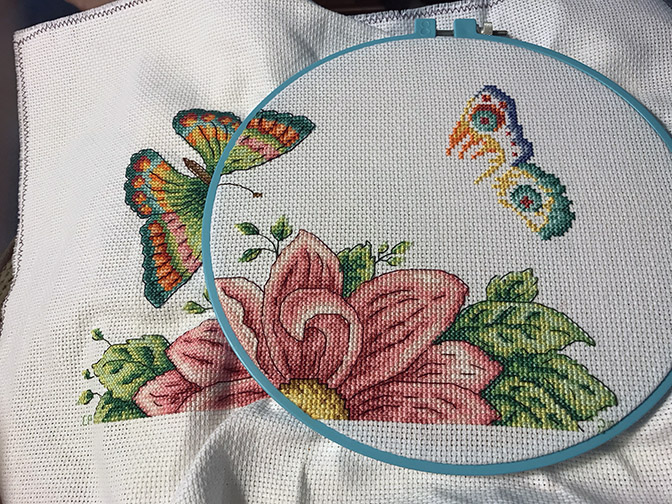 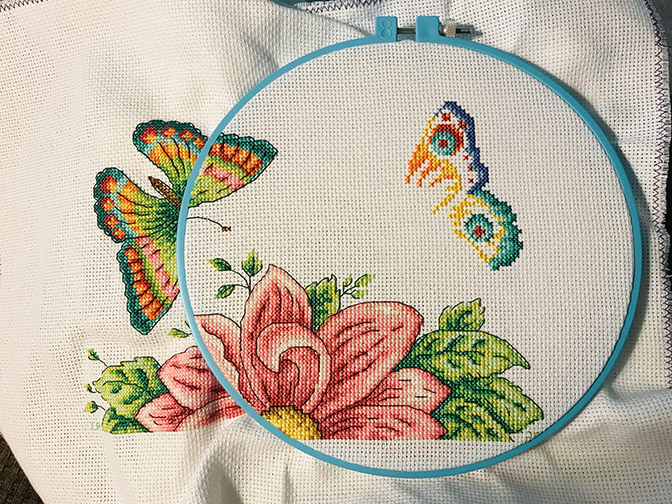 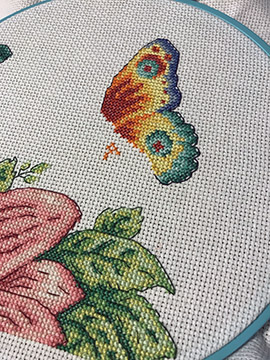 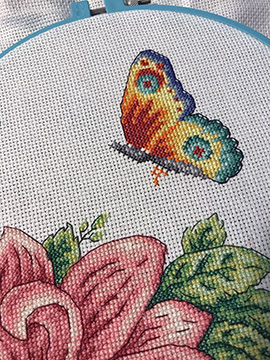 It is washed and ironed, but it will be a while before I get around to framing it, as is usually the case! I have a box full of things I stitched 10-15 years ago (or more) and have not done anything with yet.

While going through my stitchy supplies I found a kit that I had forgotten I had ordered off of Amazon around Christmas time. I had been interested in this chart for about 2 years, after having seen it in a British magazine as a “subscriber gift”. But the advertisement never mentioned what it was called, or where you could purchase it. Finally I decided to do a little sleuthing with Google images, and after a while I found it! I was really happy to see that Amazon had it for only $11 including shipping, whereas other stores were charging up to $27 just for the kit. Yikes! I had Amazon gift cards saved up, so it ended up not costing me a dime. The kit is by DMC and it is called Butterfly Garden. The kit is number BK1545 and the designer is one of my favorites, Susan Bates! Normally I see her designs in the British magazines and she is affiliated with Anchor, so this was kind of surprising. I did not know who the designer was until after I bought the kit, but now I am not surprised that I was drawn to it and couldn’t stop thinking about it for a couple of years. 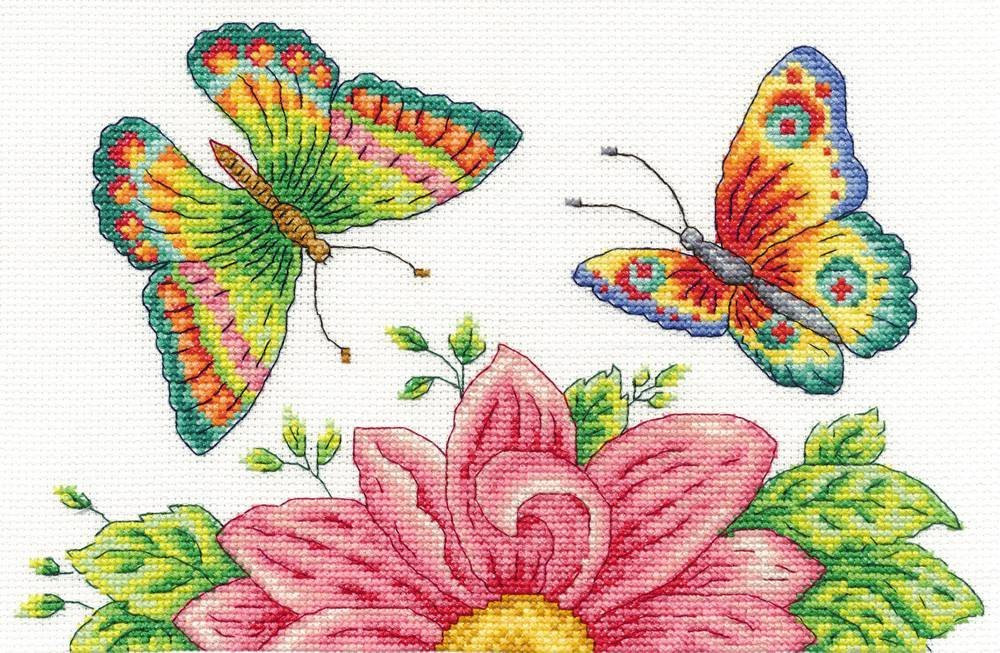 I just love the bright colors of this, and it would look so great by my computer to keep the dreariness of my location away. Yes, even in April it is gray, cold, and not very nice looking outside. Once the snow is completely gone, the bugs will be out and the trees outside my window will be nothing but shades of green. So, I could definitely use a bit of a color pick-me-up! I’m not sure if I will start on this right away after finishing the Pyramids, or if I will work on another WIP or start on the mermaid. Choices, choices!